A day later for the Monday Finish this week as we let Queen Victoria play through and while many people enjoyed the summer's first long weekend and some decent weather, Brooke Henderson was battling through a rain-shortened Kingsmill Championship in Virginia. 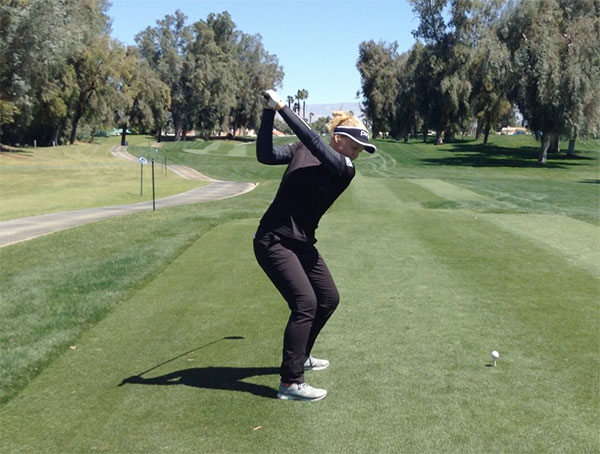 She will have her time off this week as she skips the LPGA Volvik Championship and will return to her home in Florida to prepare for the U.S. Women's Open next week at Shoal Creek in Alabama.

Since earning full-time status on the LPGA Tour for 2016, Henderson has ranked third and first in number of events played.

She told me at the Kevin Haime Kids To The Course event, rest will be more of a priority this season. "This year I'm going to to take a few more events off," she said, "just try and have a couple more weeks where I can do sponsor events and do some other things without feeling too tired."

Henderson finished with two rounds of 65 for a solo fourth-place finish in the 54-hole event in Virginia and finished out of a playoff by one shot (Ariya Jutanugarn defeated In Gee Chun and Nasa Hataoka in the playoff).

It was Henderson's fifth top-10 finish in 12 starts this season. A great ball striker (she ranks ninth in greens in regulation) Henderson is a streaky putter and she is going to do well when she gets the putter going which she did at Kingsmill. She needed 29 putts in each of the last two rounds.

She switched to a blade style putter last week. She's used four different putters this season, but said she will probably stick with the blade for the U.S. Open next week.

She's playing well right now and if she can carry the momentum with her new putter over to next week, I like her chances at Shoal Creek.

FROM THE FRINGE: Rideau View member Brad Fritsch got his first start of the season on the Web.com Tour last week and had rounds of 69-74-70 and missed the cut in the pro-am event which has a cut after 54 holes. Fritsch will try and piece together a schedule with Monday qualifying for PGA Tour and Web.com Tour events and some tournaments on the Mackenzie Tour-PGA Tour Canada. He doesn't have much in the way of status after finishing No. 204 in the FedEx Cup last season. ... Ottawa's Grace St. Germain lost in a playoff to finish second at the NJCAA golf championship. St. Germain lost a three-hole playoff to teammate Jiwon Jeon after rounds of 71-70-72-67. St. Germain couldn't match Jeon's three birdies in the playoff. ... Joining Canadians Henderson and Alena Sharp at the U.S. Women's Open will be 17-year-old Celeste Dao of Notre-Dame-de-l'Ile Perrot, QC, after she qualified with rounds of 71-69 at Cape Cod National. ... Calgary's Jaclyn Lee had a shot at winning the NCAA individual title Monday, but stumbled down the stretch (3-over in the last four holes) and finished tied for fifth. It was another encouraging performance for a Canadian woman as there seems to be another wave of players poised to make some noise. She's got another season at Ohio State University. Wake Forest's Jennifer Kupcho, the reigning Canadian amateur champion, won the individual title. Maddie Szeryk, who has dual Canadian/American citizenship (her dad's Canadian) and plays as a Canadian, finished T17 to wrap up her career at Texas A&M. She set the record for most rounds under par in an NCAA career. ... NHL referee Garrett Rank of Elmira, ON, and partner Patrick Christovich finished fourth in the medal portion of the USGA's Amateur Fourball at the Jupiter Hills Club in Tequesta, FL, to advance to match play on Tuesday. Results can be followed here: http://www.usga.org/content/usga/home-page/championships/2018/u-s--amateur-four-ball.html#!scoring. Rank completed his second full season in the NHL. He's a two-time Canadian Mid-Amateur champ and he and Christovich have advanced to the semi-finals the past two years in the U.S. Amateur Fourball.