One of the things that I saw on Twitter that made me grimly shake my head (the time for humour was past) was this one: 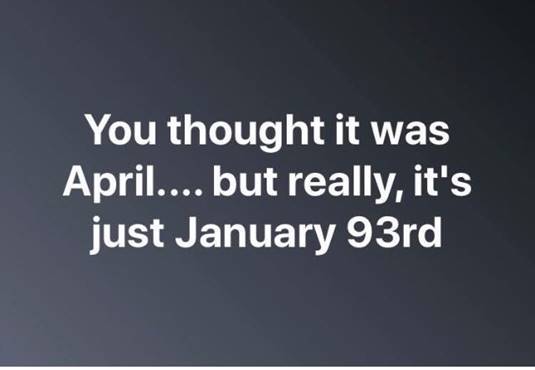 One of the most unpredictable late winter/early springs that Rideau View Golf Club superintendent Gord MacMillan has seen in his 30 years at the club appears to have finally taken a turn for the better, for a couple of days, at least.

It was 10 degrees on February 28. Little did we know then it wouldn't get back to double digits for 51 days. Eleven greens were cleared of most of their winter protection in March in anticipation of perhaps an early start to the season.

Then we had 10 centimetres of snow on March 13.

There was another 8.8 centimetres of snow between April 14 and 17. We had an ice storm that dumped 24.2 millimetres of rain on us a week ago.

But it doesn't take much to change things.

Barring another weather misadventure, Rideau View will be open Saturday for the men's opening. 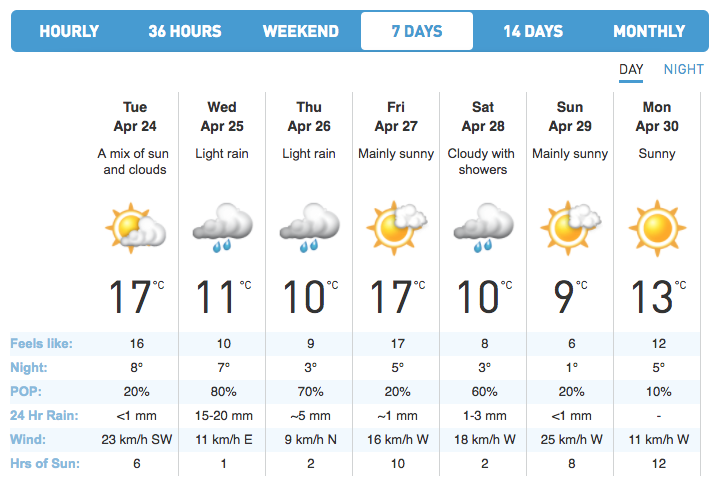 BROOKE LOOKING FOR A BOUNCE BACK ... Brooke Henderson will be looking to get back on track this week at the LPGA Mediheal Championship in San Francisco after missing the cut with rounds of 70-79 at the HUGEL-JTBC LA Open last week.

The 79 ties her highest round on the LPGA Tour. She had a 79 in the second round of the Sime Darby LPGA Malaysia in October 2016 and in the third round of the 2015 Ricoh Women's British Open.

That came on the heels of her sixth win on the LPGA Tour, so she obviously had a letdown after the win. It happens.

The missed cut cost her a spot in the Rolex world golf rankings as she slipped the spot she had gained with her win from 13th to 14th.

Inbee Park took over the No. 1 spot from Shanshan Feng, who had held the top position for 23 weeks.

TRADING PLACES ON THE PGA TOUR ... The Valero Texas Open, which was played this past week. has been one of most successful stops on the PGA Tour and Valero recently re-upped its sponsorship through 2028.

A big part of that massive commitment was no doubt assurances the tournament would get a favourable spot on the new PGA Tour schedule realignment that will kick in next year. The Texas Open is expected to shift to the week before The Masters next year. That's a more coveted spot compared to two weeks after the season's first major when most of the big names are taking time off (Sergio Garcia and Matt Kuchar were the biggest names to play last week).

It's not clear what's going to happen with the RBC Canadian Open, though there's a chance it could move from the week after The Open Championship to the week before.

With no PGA Championship in August, the FedEx Cup playoffs (expected to be reduced from four to three events) can be over before the NFL season starts which is the whole point of the schedule realignment process.

FROM THE FRINGE ... Jaclyn Lee of Calgary tied a tournament record on her way to a four-shot win at the NCAA Big 10 Championship at TPC River Bend in Mainville, OH. Lee had rounds of 66-68-73 for a total of 9-under par 207. The Ohio State junior won for the third time this season. She also received an exemption into the Symetra Tour's Prisco Charity Championship at the end of June at River Bend. Next for Lee and the Buckeyes are the NCAA Regionals beginning May 7. ... Ottawa's Grace St. Germain won the individual title to help the Daytona State College Falcons to victory in their NJCAA regional play downs. The Falcons will be going for the three peat at the Nationals in Arizona starting May 14.

Paul Sherratt - Letter to the Membership