As I sit sipping a coffee on a pristine morning that marks the mid-point of July, it's still hard to get used to the idea we are heading into the week of the season's last major.

As we enjoy the prime of our golf season (some courses might even have all of their greens open at this point after one of the longest, hardest winters in recent memory), The Open Championship concludes the Grand Slam events as it goes this week in its return to Royal Portush on the north coast of Northern Ireland.

It's taking some time getting used to the idea this is it for major golf this season. Even the RBC Canadian Open, which had been taking place at the end of July for the past few years, is in the review mirror in the new PGA Tour schedule.

The shifting of the PGA Championship from its traditional August slot to May was done of, course, to clear the decks for the FedEx Cup playoffs and to get the Tour's big event, the Tour Championship and the crowing of the FedEX Cup champ, done before Labour Day.

After the Open Championship, the schedule will wind up this way:

The new schedule allows the PGA Tour to have the late summer stage to itself, rather than competing with the opening of the NFL season after Labour Day.

For the game's elite, it means a run of six weeks in a row, which is more than they usually like to play (with transatlantic travel thrown in).

As part of the new schedule, The Players Championship moved back from May to March, to its old date, setting up a big event each month from March through August. It's a condensed schedule and players are still trying to figure out how best to work the work/rest ratio.

"I like how the schedule goes now. I like how it's a big tournament every month starting with The Players, going all the way through to The Open Championship," Jason Day told golf channel.com. "For me personally, I think what I struggled with the most was going from like the U.S. Open to The Open, and now I'm going to play the 3M Open this year. But I like how kind of bunched they are because you're not taking time. I'm able to play a lot more and actually kind of hopefully play my way into good positive play."

I'm looking forward to seeing how Portrush, which is hosting for the first time since 1951, plays this week. It's a true links course hard on the shore designed by Harry Colt (who also did the Hamilton Golf and Country Club which hosted the RBC Canadian Open a few weeks ago). The R&A didn't like the plain 17th and 18th holes to finish, so two new holes - the seventh and eighth - were crafted on land that was part of the neighbouring Valley Course by the design firm Mackenzie and Ebert.

An aerial view of the new 7th and 8th holes courtesy of the Royal Portrush Golf Club: 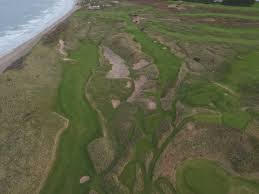 "If there had been a criticism of the Dunluce course over the years, it was that the old seventeenth and eighteenth holes were slightly weak after such an amazing tour of the dunes over the rest of the sixteen holes," Martin Ebert told golfcoursearchitecture.com.

"That has been addressed by creating two new holes that continue to improve Colt's best links."

The seventh is a par-5 and the eighth a par-4 and by all reports they fit magnificently into the routing and provide an upgrade on the overall quality of the course. The old 17th and 18th are being used for the infrastructure that is necessary for a major championship (concessions, spectator village, etc).

The finish now is much more befitting a major championship: Calamity Corner, a 240-yard par-3 is the new 16th, the 17th is a risk/reward par-4 and the 18th is a dogleg par-4.

It's time to look forward to tuning it in starting at 1:30 a.m. Thursday morning.

While the men's tour enters its final stretch, we still have the CP Canadian Women's Open to look forward to, coming up Aug. 19-25 at Magna Golf Club in Aurora, ON.

That will be a big week with Brooke Henderson defending the title she won last year in Saskatchewan when she became the first Canadian since 1973 to win our national championship.

In the meantime, she and Hamilton's Alena Sharp will give Canadians a rooting interest at this week's LPGA event. The Dow Great Lakes Bay Invitational is a two-player team event that will feature better ball and alternate shot play.

The tournament starts Wednesday with alternate shot (foursomes) in the first and third rounds and four ball in the second and fourth rounds. The field will be cut to the low 35 teams and ties after 36 holes.

There are going to be some good teams for the Canadians to battle: world No. 2 Jin Young Ko is with No. 4 Minjee Lee; Americans Lexi Thompson and Kristie Kerr are a team; and Lydia Ko is with In Gee Chun. Thompson and Kerr are 11-1-2 as a team in the Solheim Cup and the UL International Crown.

Another team to watch will be rookie pros Jennifer Kupcho and Maria Fassi. They duelled down the stretch at the inaugural Augusta National Women's Amateur and both turned pro before the U.S. Open.

There's no guaranteeing success in team events as chemistry can be fleeting.

It will be interesting to see who clicks this week. 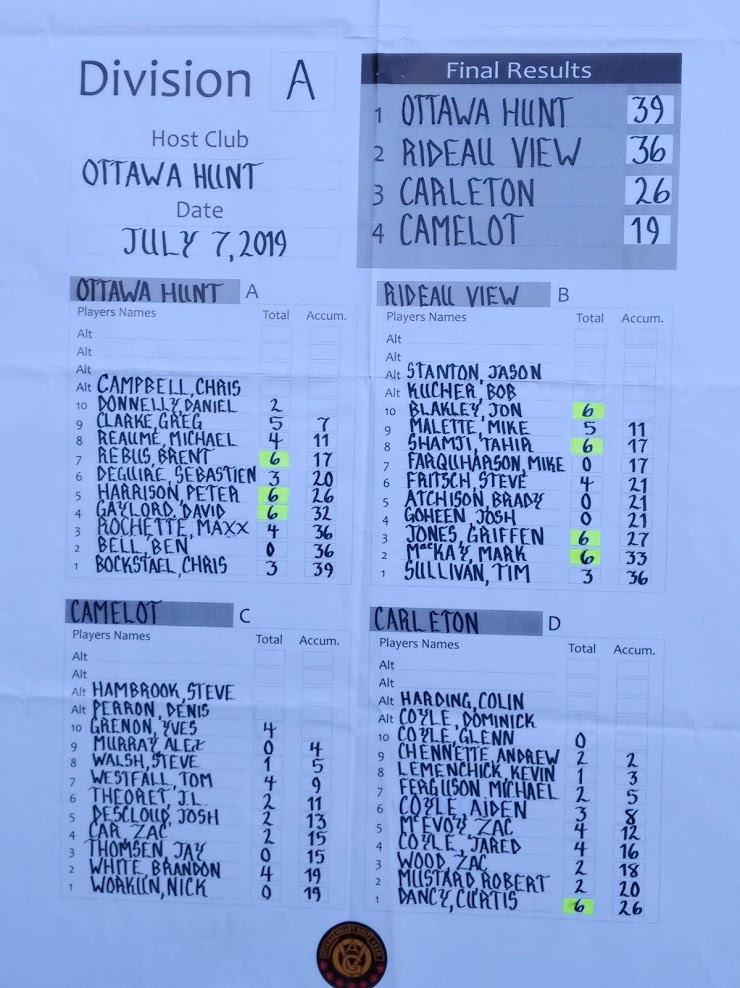