RIDEAU VIEW
BLOG
As golf season heats up, so do the stories

There were a lot of things to like about the RBC Canadian Open finale on Sunday. I always like the stories that are just behind the headline. The headline is our new national champion is one of the best in the world who was at his best Sunday.

Rory McIlroy's win in his first Canadian Open is good for our Open. It means he'll be back next year and continue the momentum the tournament has gathered. It's a third piece to go along with the better date on the PGA Tour schedule (the week before a major rather than the week after) and the tournament being played on Canada's most venerable courses: The Hamilton Golf and Country Club this year and St. Georges, some of the best of Stanley Thompson's work, next year.

Of course, McIlroy knew how to work the Canadian crowd: 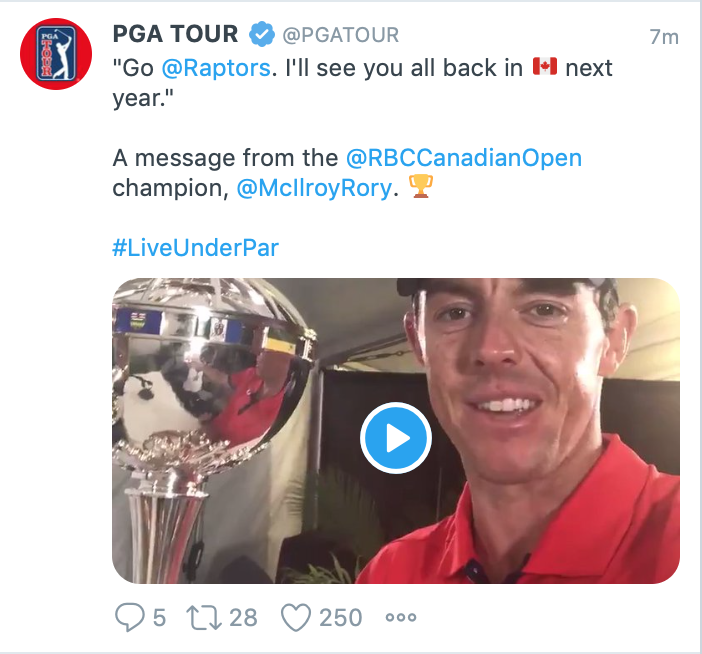 We're in the heart of the golf season now (even here in Canada where the weather is finally summer-like) and McIlroy's win sets the stage for the U.S. Open at Pebble Beach this week.

Brooks Koepka will be looking to be the first man in 104 years to win three U.S. Opens in a row. After his win at the PGA Championship at Bethpage Black last month, he's won four of the last eight majors in which he's teed it up.

McIlroy is on his game with the driver (he averaged 329.5 off the tee while hitting 78.57 percent of fairways). Koepka is another master with the driver.

Tiger Woods, who played a practice round at Pebble on Sunday, returned to the ground where he won by 15 at the 2000 U.S. Open which might have been the best golf ever played in a major.

He's looking for his 16th major. His next win will be the 82nd of his career, tying him with Sam Snead for the most ever.

His driving, with which he had struggled, is now at least acceptable as he's pulled himself into the top 70 in distance (297.8, 63rd) and accuracy (64.84 percent, 60th). His iron play, meanwhile, has been impeccable: he leads the PGA Tour in greens hit in regulation at 72.86 percent.

McIlroy, Koepka, Woods, all playing well, should make for some great theatre this week on one of the game's great stages.

Woods will be on in prime time Thursday when he tees off at 5:09 p.m. with Jordan Spieth and Justin Rose.

-> I think my favourite story from Sunday was another one of the Irish guys who figure in the story: Graeme McDowell. I've always liked the demeanour of the 2010 U.S. Open champion and if you believe good things happen to good people, you got to see it unfold on Sunday.

He's from Portrush, Northern Ireland, where The Open Championship is probably being played for the only time in his lifetime at the end of next month. He wasn't qualified to play. The RBC Canadian Open is part of The Open Championship Qualifying Series and up to three players in the top 10 not already qualified could earn a ticket to Royal Portrush.

McDowell rolled in a putt from just less than 30 feet - with about 10 feet of break - to earn a tie for eighth and a chance for a home game in July. What a moment. 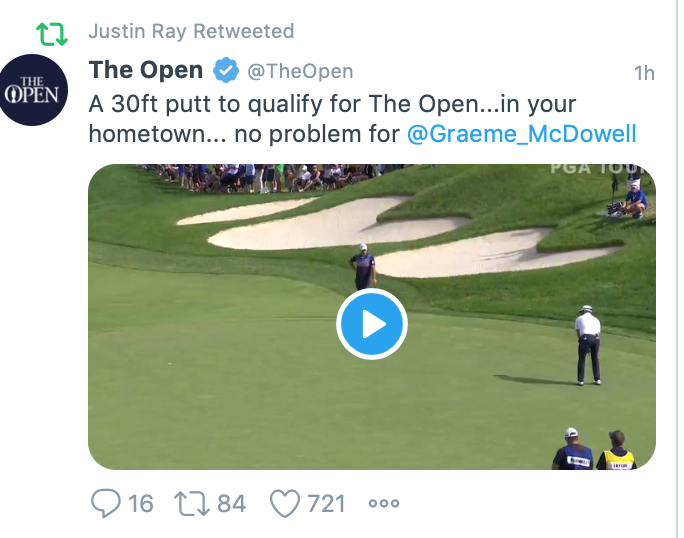 "I think I had reasonable belief in myself that I was going to be able to take care of it one of these weeks," he told PGA Tour.com. "Obviously as the pressure started to build, it was going to be more difficult as it went along," he admitted. "Obviously very proud to have got one of the Open Championship spots and get that little monkey off my back and let me go and play some golf the next few weeks."

McDowell had accepted he would have to earn his way into the field and said that's the way he wanted it. Then he went out and did it.

-> Adam Hadwin of Abbotsford, BC, was the top Canadian, earning the Rivermead Trophy, and was in the same boat as McDowell when it came to The Open Championship. Hadwin's solo sixth finish earned him a trip to Royal Portrush.

Hadwin managed a 70 on Sunday and slipped a bit, but if feels like a Canadian being in contention to win our national championship is going to be a regular thing for the next few years. That's how deep the ranks of Canadian players on the PGA Tour have become. You wouldn't have been overly surprised if Hadwin or Mackenzie Hughes or Nick Taylor or Corey Conners, all PGA Tour winners, had won on Sunday. They're that good.

This is the best it's ever been for the Canadian men on the PGA Tour.

-> Same can be said for the women with Brooke Henderson on the LPGA Tour. She's a win away from setting the record for most wins by a Canadian on the major tours. She finished T11 after a final round 68 at the Shoprite LPGA Classic on Sunday.

One of the appeals of watching a player like Henderson is you never know when you are going to see something special. Like this: 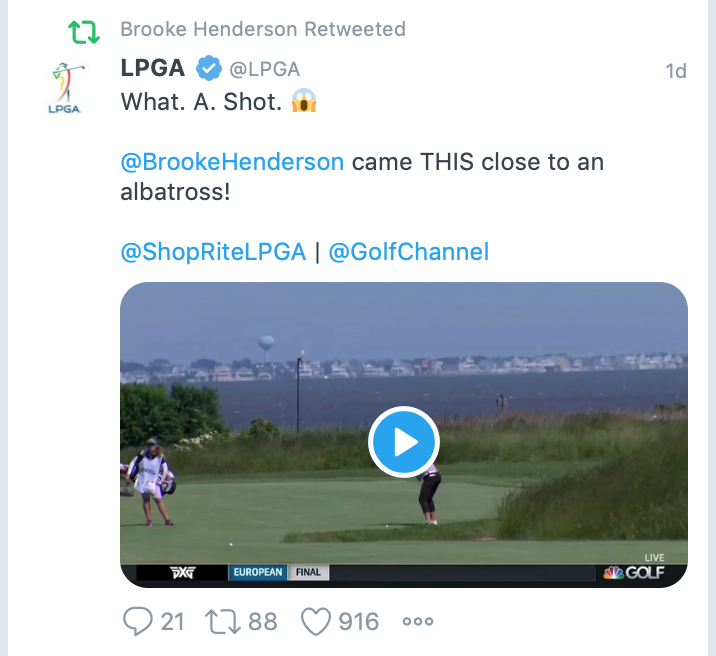 The depth on the LPGA Tour is getting deeper, too. Anne-Catherine Tanguay of Quebec City had a 67 Sunday to tie Henderson for 11th. Her previous best finish was a T16 to finish last season at the Cambia Portland Classic.

I had a chance to play holes with Tanguay last week at the Summit Golf Club in Toronto. She's a member of Golf Canada's Young Pros Squad. A winner on the developmental Symetra Tour in 2017, she earned a spot on the LPGA Tour last year.

She gets the most out of her 5-foot-4 with a solid, athletic swing with great rhythm. In nine holes, I must have commented a dozen times on how a shot she had just hit sounded absolutely flushed.

She's made the cut in five of nine events this season.

It must have been watching me last week and understanding what not to do.