Brooke Henderson can legally celebrate her next win with champagne in most North American jurisdictions if she ever chooses to drink it rather than just have it poured on her.

Henderson celebrated her 21st birthday a couple of weeks ago. Think about that for a minute: she's just turned 21 and already has a body of work that puts her in a position where it is only a matter of time before she will become Canada's most successful golfer in history.

Before she turned 21, Henderson had seven victories on the LPGA Tour, including a major, and did what no Canadian pro had done in 45 years, win a national open championship in her home and native land.

Henderson is one win behind Mike Weir, George Knudson and Sandra Post for victories on the PGA or LPGA Tours.

Weir has the best resume given his victory in the 2003 Masters. He didn't pick his spots, either, winning a World Golf Championship, a Tour Championship and a couple of Nissan Opens at prestigious Riviera Country Club.

But Henderson is putting the pressure on, especially after her win at the CP Women's Open. It's not on the level of The Masters, but still occupies a special place in Canadian golf and sports history given the pressure and prestige that comes with winning your national open. Weir came close in 2004, losing in a playoff to Vijay Singh.

Henderson, meanwhile, continues to build an impressive resume. She had another top finish on the weekend at the final major of the year at the Evian Championship with a tie for 10th. She now has 10 top 10s this season and 34 for her career (FYI, Weir had 66 top 10s in his career).

Another impressive number for Henderson: She now has nine top 10s in 22 career majors.

What Henderson has accomplished at 21 is seen more impressive when you consider Weir didn't turn pro until he was 22.

Of course times have changed and golfers, particularly female golfers, are more precocious than ever. Consider the average age of the top half dozen money winners on the LPGA Tour is 22.6 years old.

FROM THE FRINGE: Two great fundraising initiatives at Rideau View in the past few days which emphasize again the commitment of Rideau View staff and members to give back to their community: first, the proceeds from Director of Instruction Matt Robinson's 11th Longest Day of Coaching in support of CHEO are expected to put the total raised over $400,000 ...

On Monday, the first Rideau View Inspirational Golf Classic raised raised $90,000 for Dr Zachary Kaminsky's suicide prevention research at the Royal Ottawa Mental Health Centre. The ground-breaking epigenetic research could help identify those at risk of becoming suicidal before it's too late. Former RedBlacks quarterback and Grey Cup winner Henry Burris chalked up another win as the Honourary Chairperson and the Master of Ceremonies. ... The changes announced by the PGA Tour to the FedEx Cup playoffs this week for 2019 left me decidedly unimpressed. I think I know what the ideal system is. It's certainly not one that has two-time major winner Brooks Kopeka start way behind Tony Finau, who didn't have a win this season, going into the final. I don't like the idea of having the points leader start the final event at 10-under-par which is the way it will go next year. Imagine giving the Pittsburgh Penguins a 2-0 lead to start Game 7 of the Stanley Cup Final. 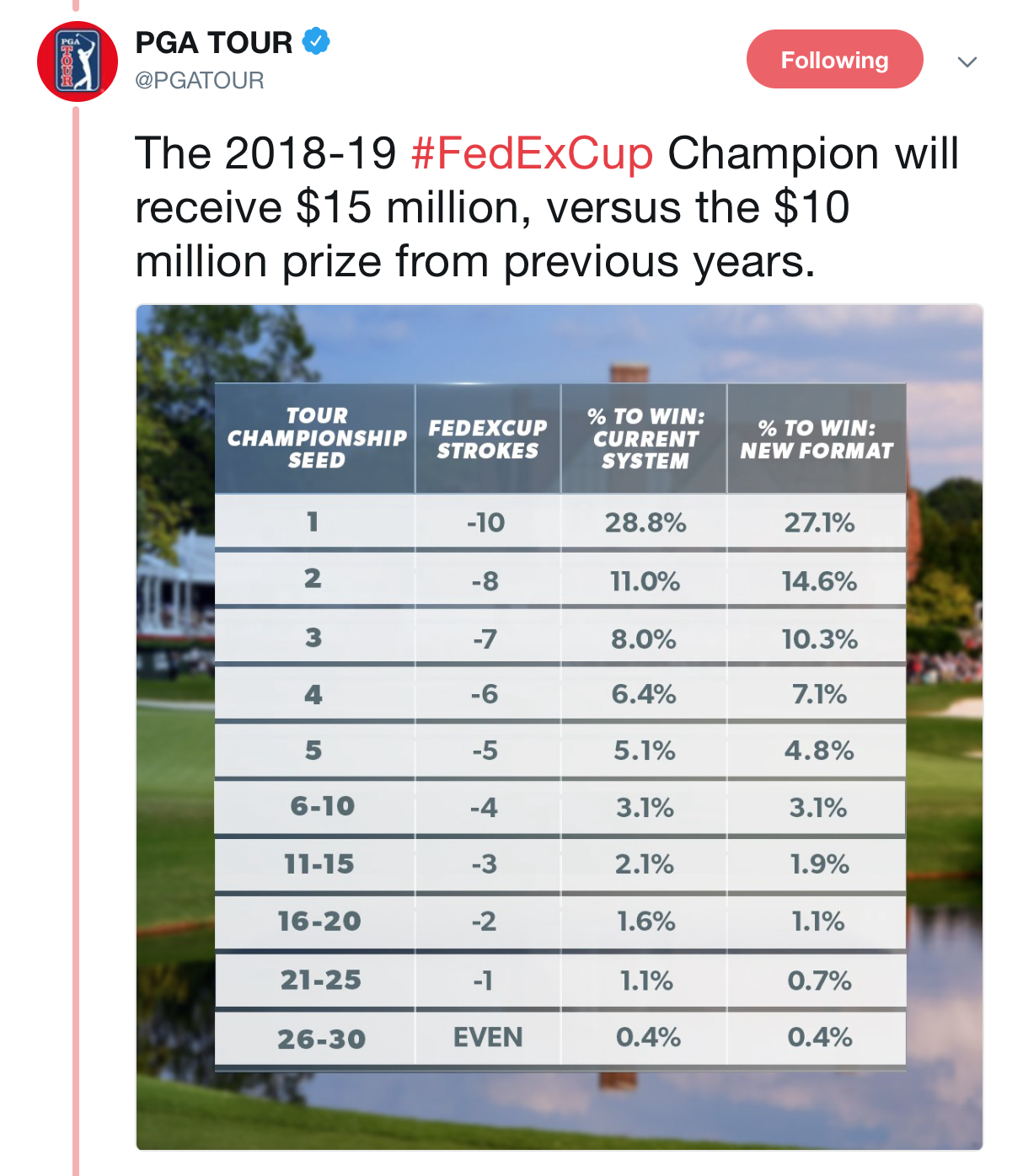 A big part of what gives playoffs their drama is upsets. The playoffs are, by their nature, a new season. Why not just start at zero for the post-season, like just about every other sport does, and go from there? No need for projected points. You win and you keep going. Lose and your season is over. Just look at the leaderboard and you know exactly where everybody stands. Whoever survives to get into the Tour Championship and wins is your FedEx Cup champ. ... Tiger Woods qualified for the Tour Championship, so he is now qualified for all of the majors for next season. He's already in the Masters and the PGA Championship for life after wins in those events and he has an exemption into The Open Championship until he is 60, but his 10-year exemption into the U.S. Open had expired after this year's tournament. ... Of course the biggest news, as far as I am concerned, was the harvesting of the first crop of Cascade and Centennial brewers hops that were growing behind Rideau View's 17th tee. The tasty ingredients will be used by the talented brewers at Big Rig Brewery to come up with a beer that is truly a Rideau View brew, yet to be named. Stay tuned. Cheers. 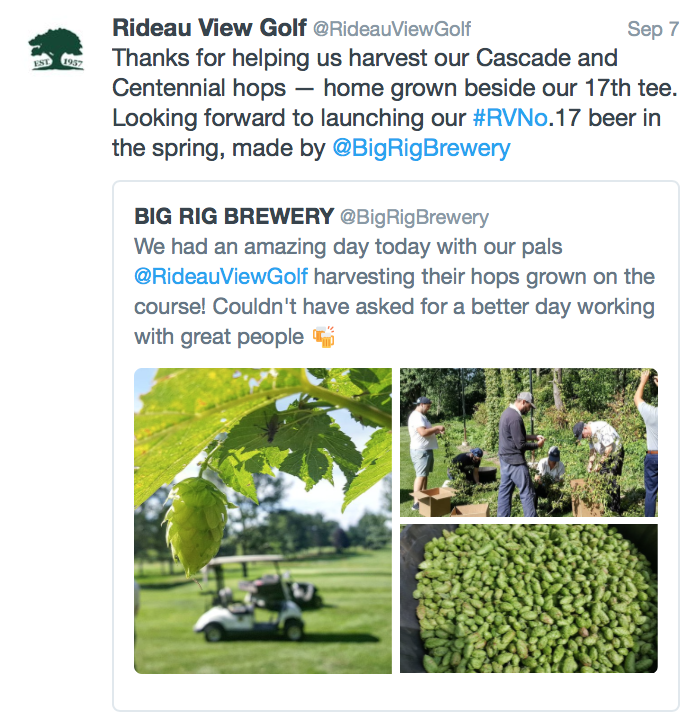