When it comes to a Canadian winning one of our national open championships, no player has a better chance than Brooke Henderson who tees it up in the CP Women's Open this week at the Wascana Country Club in Regina. 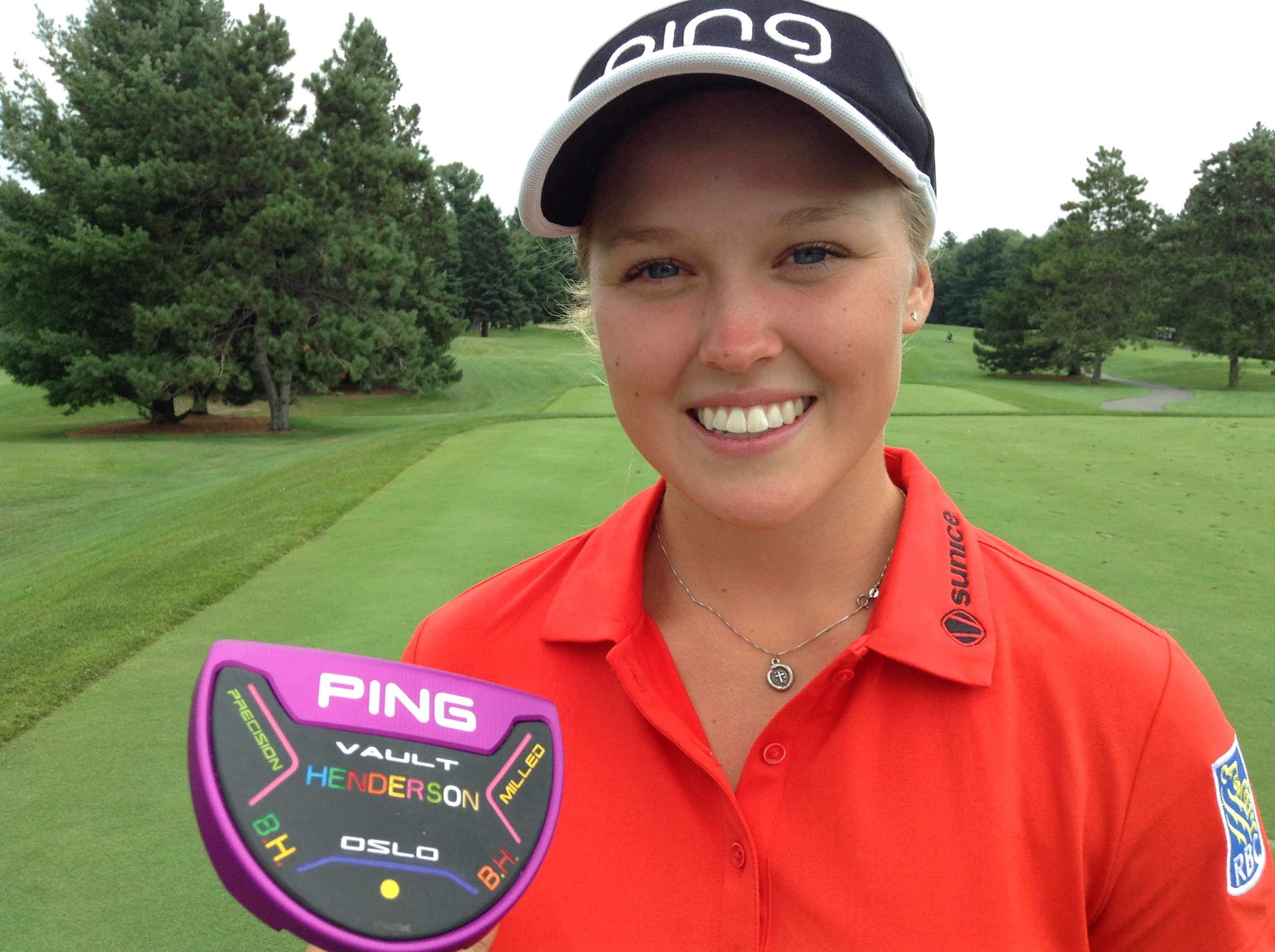 No Canadian player on the PGA Tour plays to the level Henderson does on the LPGA Tour. She's won six times, including a major, which is way ahead of all the Canadian men combined on their top tour (Adam Hadwin, Mackenzie Hughes and Nick Taylor are the current Canadian men to have won on the PGA Tour, once each).

Henderson has earned the sixth victory of her career this season, is sixth on the money list ($945,881), is third in birdies, fifth in rounds in the 60s and third in sub-par holes.

She's done that despite it being an incredibly tough year for her, sister/caddy Brittany and her close knit family with the passing of her grandfathers, Bob Moir and Clem Henderson, two very influential figures in their lives.

The good news is she's coming off a nine-birdie, bogey-free 63 at the Indy Women in Tech Championship in which she hit 12/14 fairways, hit 15/18 greens and needed just 24 putts. She averaged 261 yards off the tee. She finished T7 to go with a third and a T11 in her past three events.

That's a pretty good round to build on this week. Having spent quite a bit of time around Henderson over the past few years, I've come to appreciate how she thrives when she's in the chase.

Her chances of becoming the second woman to win an LPGA tournament in Canada after Jocelyne Bourassa in 1973 increase greatly if she gets off to a good start this week at Wascana. She's a front runner, proving when she's in the mix at the start, she's often there at the end.

Her first round in each of her victories:

Henderson is one of 15 Canadians in the field and one of the players I'm really interested in seeing how she plays this week is Brittany Marchand. The 26-year-old from Orangeville has made 10 of 13 cuts and has a top 10 this season. She's missed her last two cuts after that good start, but I think this could be a good week for her.

Two other players that have my attention: Celeste Dao qualified for the U.S. Women's Open and won the 2018 Canadian junior championship and the same title in Mexico. Ottawa's Grace St. Germain, 20, a member of Canada's national amateur team, also received an exemption and is coming off a strong championship season at Daytona State College.

FROM THE FRINGE: An informative background piece about this week's CP Women's Open is @BradleySKlein's look on GolfAdvisor.com at the relationship between Canadian Pacific the railway, its iconic hotels and the lasting legacy the railway has had from the early days of Canadian golf. You can read it here: https://www.golfadvisor.com/articles/canadian-pacific-railway-canada-legacy. It's a good read. ... The FedEx Cup playoffs get underway this week at The Northern Trust at Ridgewood Country Club in New Jersey with Taylor and Hadwin in the mix and Taylor is riding some nice momentum after a final round 63 moved him from outside the top 125 to 119th. Adam Stanley of the Canadian Press has a conversation with him here: https://www.thestar.com/sports/golf/2018/08/20/canadian-golfer-nick-taylor-makes-cut-to-keep-pga-tour-status.html. ... Hadwin, Taylor and Hughes (after his win in 2016) are Canadians fully exempt on Tour for next season along with Adam Svensson, who finished 14th on the Web.com Tour money list. Corey Conners (130), Ben Silverman (136) and David Hearn (138) have partial status and will be back at it in the Web.com finals to try and improve their status. Graham DeLaet will be medically exempt to start the year after having more back surgery. ... There have been 10 players to make the playoffs every year since the FedEx Cup playoffs started in 2007: Justin Rose; Phil Mickelson; Matt Kuchar; Brandt Snedeker; Bubba Watson; Zach Johnson; Adam Scott; Ryan Moore; Charley Hoffman and Charles Howell III. I'm still trying to decide the most surprising of those names. Can't decide between Moore and Charlie Howell. ... Tiger Woods, in case you were wondering, is 20th in the standings going into the first of four legs of the playoffs. ... Snedeker had a 59 and won the Wyndham Championship. He improved the winning record of players breaking 60 in a tournament to 5-5. ... Meanwhile, Woods walking into the playoffs like https://twitter.com/Skratch/status/1028695515821686785